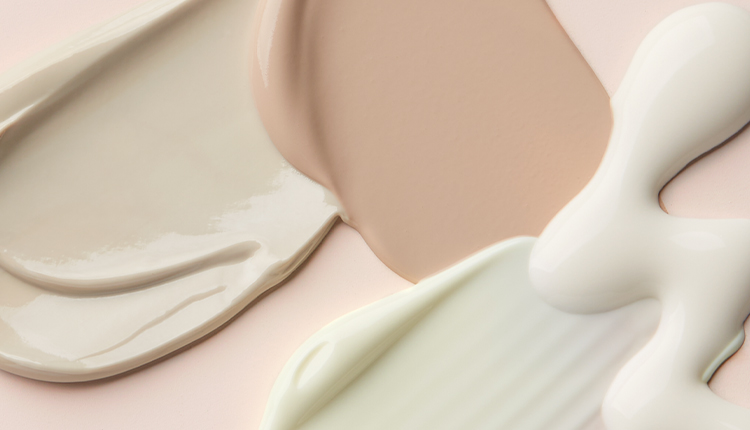 Yes, sunscreens are safe for everyone. In fact, when applied as they should be (which is described on every sunscreen’s label) they save lives and prevent an extensive range of skin problems. Decades of people using sunscreen and extensive, world-wide research has proven this to be true (1).

While sunscreen safety studies are ongoing and some knowledge gaps exist, from the dozens of studies we’ve reviewed there’s no evidence anyone should give up sunscreen and risk the consequences for their skin.

Research has proven beyond any doubt that the ultraviolet (UVA and UVB) radiation the sun emits is the most prevalent carcinogen on our planet. It not only affects everyone’s skin but also their eyes and internal organs (2). Avoiding sunscreen and not following sun-smart behaviour isn’t just detrimental to your skin, it’s bad for almost every aspect of your health (3). Because of these established-beyond-a-doubt dangers, we should be far more worried about the sun than sunscreens.

Below we address common questions from our European consumers about sunscreens and UV filters. We hope that you find this research-supported information reaffirming and reassuring.

How are sunscreens from the United States tested?

Sunscreens produced in the United States and sold throughout the European Union and United Kingdom must go through rigorous testing to determine their SPF rating. They’re also subject to a critical wavelength test which evaluates the broad-spectrum protection. The critical wavelength test is considered extremely reliable because it uses the full spectrum of UV radiation (UVA and UVB) skin is exposed to in real-world settings (4).

Currently, the SPF rating on any sunscreen is still about UVB protection. If a sunscreen passes the critical wavelength test, it can legally state “broad spectrum” on its label. In order to pass, the sunscreen’s UVA protection must be at least one-third of its UVB protection. This result is also referred to as UVA-PF (protection factor). All Paula’s Choice SPF products have passed this test and provide broad-spectrum protection.

What is the UV star rating – and why don’t Paula’s Choice sunscreens have it?

The UV star rating system was developed by a drugstore chain based in the United Kingdom. It is meant to give consumers more information on how much UVA protection a sunscreen provides, via a star ratings system. The star ratings go from three to five, with the five-star rating pertaining to the sunscreens whose UVA protection is at least 90% of its UVB protection.

Although well-meaning, this system can be misleading since it measures how evenly the sunscreen protects in the UVA range, not how strong (thus, how effective) that UVA protection is over a period of time. In other words, the UVA protection could earn five stars even though its strength is lower than a sunscreen without this rating (5).

This rating system is not required in order for brands to sell sunscreens in the UK. That’s an important distinction because if sunscreen regulators in other parts of the world felt this rating system was superior to others it would be mandatory, not optional.

Which UV filters are most likely to cause an allergic reaction?

UV filters are generally well tolerated, although some can be more sensitising than others. Among common UV filters, oxybenzone (benzophenone-3) and octocrylene are the most likely to cause an allergic reaction. (4, 6, 7).

It’s important to point out that it is not clear from the research if the reactions some people experience are from these UV filters or something else in the sunscreen formula, such as fragrance, a combination of ingredients, or a cross-reaction with other skincare products. Even the mineral actives (titanium dioxide and zinc oxide), have slight potential to trigger an allergic response on skin, although this is considered much less likely than synthetic sunscreens (8). View a list of synthetic and mineral sunscreens from Paula's Choice.

Both forms of Tinosorb, a UV filter approved in Europe for over two decades, have random reports of causing allergic reactions, but definitely too few to label them a poor choice for sensitive skin (25).

Are UV filters absorbed by the body?

Studies on nano-sized titanium dioxide and zinc oxide have shown they do not absorb past the uppermost layers of skin (9). Other types of UV filters, such as oxybenzone (benzophenone-3), octinoxate (ethylhexyl methoxycinnamate), octocrylene and octisalate (ethylhexyl salicylate) can be absorbed by the body, but the amount is so minimal it’s barely measurable. The amounts are typically measured in nanograms, or one-billionth of a gram (picture adding one drop of water to a swimming pool).

Historically, studies trying to scare people about sunscreens absorbing into the body base their results on amounts no person would ever apply, and these tests are almost always done on animals. For example, a person would need to apply a sunscreen for decades to hundreds of years to come close to matching the amounts used in animal tests (4, 10).

More recent research looking at absorption of select UV filters into the body has shown this can occur; however, what’s important to know is that the presence of small amounts of UV filters in the body has never been shown to cause harm to people. Research pointing in this direction uses suggestive wording such as “might be”, “could potentially”, or “is associated with”. In short, correlation doesn’t prove causation (10).

And, like numerous other substances that enter the body via skin or simply from breathing, the body metabolises and eventually eliminates them. Animal studies showing evidence of UV filters accumulating in the body were either done with UV filters no longer in use or had results indicating no negative effects (11, 12, 13).

Studies have shown that some UV filters used in sunscreens can trigger free radical damage on skin’s surface in the presence of daylight; however, this damage is considered short-lived and easily remedied by choosing a sun cream that contains antioxidants. For certain, exposing skin to UV radiation without sunscreen triggers an enormous amount of free radical damage impacting every layer of skin (14,15).

Sunscreen use during pregnancy

Doctors caring for those who are pregnant typically encourage sunscreen usage. Daily application to facial and neck skin can help prevent a pregnancy-related discolouration concern known as melasma from worsening (16). The mineral UV filters titanium dioxide and zinc oxide tend to be recommended above others due to their excellent safety profile and low risk of triggering a sensitised response (8).

Oxybenzone, otherwise known as benzophenone-3 is the UV filter that pregnant persons are most concerned about using. Studies in people and animals have shown oxybenzone has an estrogenic effect; however, this activity is considered weak and some studies have shown no such effect (24). Moreover, the small amount of this ingredient capable of getting into the body via topical application is metabolised and excreted, just like similar water-soluble ingredients (17).

Research on pregnant women using sunscreens with 6% oxybenzone has shown that enough of it can penetrate the skin, enter the body, and can cross the placental barrier. But just because fetal exposure to oxybenzone in sunscreen is possible does not mean any harm is being done; oxybenzone has never been shown to cause any type of birth defect.

Interestingly, some studies have shown that oxybenzone itself isn’t to blame, but instead a metabolite (4-hydroxy-benzophenone) of this ingredient is the issue. This metabolite comes from benzophenone, a chemical used in pharmaceuticals, recycled paper, inks, furniture, paints, lacquers, even as a flavoring in candy. This means it’s impossible to avoid any exposure to these ingredients, but you can certainly opt to avoid sunscreens that contain oxybenzone (18).

We certainly understand wanting to take extra precautions during this time, and research has shown the mineral sunscreen actives of titanium dioxide and zinc oxide are excellent alternatives – even when nano-sized (19).

What about UV filters disrupting hormones?

Along with oxybenzone, other UV filters such as homosalate, octinoxate (ethylhexyl methoxycinnamate) and octocrylene are accused of being hormone disruptors. This effect has primarily been demonstrated via oral intake of large amounts of these ingredients or on isolated cells. In cases where a hormonal change was measured via topical application, the difference was one million-fold less than what was measured from normal hormonal activity in the body. Studies involving people have shown that common UV filters do not have a biologically significant effect on hormones. (20, 26).

Avobenzone is often touted as being unstable in the presence of sunlight. Although this is true when avobenzone is examined on its own, chemists who formulate with sunscreen ingredients know avobenzone’s pros and cons. As such, they can formulate with this UV filter in ways that improve its stability in sunscreens, such as using antioxidants and UV filters like octocrylene. A newer formulary strategy is encapsulation technology that also works to keep the UV filter where it’s needed most – the skin (21, 22).

Do you want more skincare advice, tips and exclusive offers?


* Only valid for new registrations. Valid on orders from € 25.

References for this information:

Do you need help? Get in touch with our skincare experts for free and personal skincare advice. It's our mission to help you achieve your skincare goals!

Chat with our skincare expert!

How can we help you today?